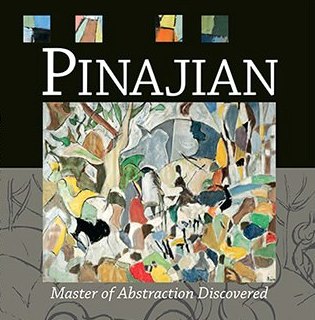 AMA was approached by Peter H. Falk, an author and independent curator, to design and produce a book containing a collection of saved art by Arthur Pinajian.

Pinajian was an Armenian artist who lived in relative obscurity until his death in 1999. Upon the discovery of his life works, he became a notable historical artist joining the ranks of his former, more famous, peers such as William de Kooning, Pablo Picasso, and Franz Kline. While never seeking or receiving his deserved critical acclaim in his lifetime, Pinajian has made a posthumous impact on the post-modern art world.

Discovery of thousands of paintings rescued from a Dumpster in Long Island, NY, marked as “the unlikely discovery that has rocked the art world.” This book tells the story of how a master’s life and works were nearly lost forever.

Pinajian: Master of Abstraction Discovered, was published concurrently with a traveling exhibition.

Working On A Project?